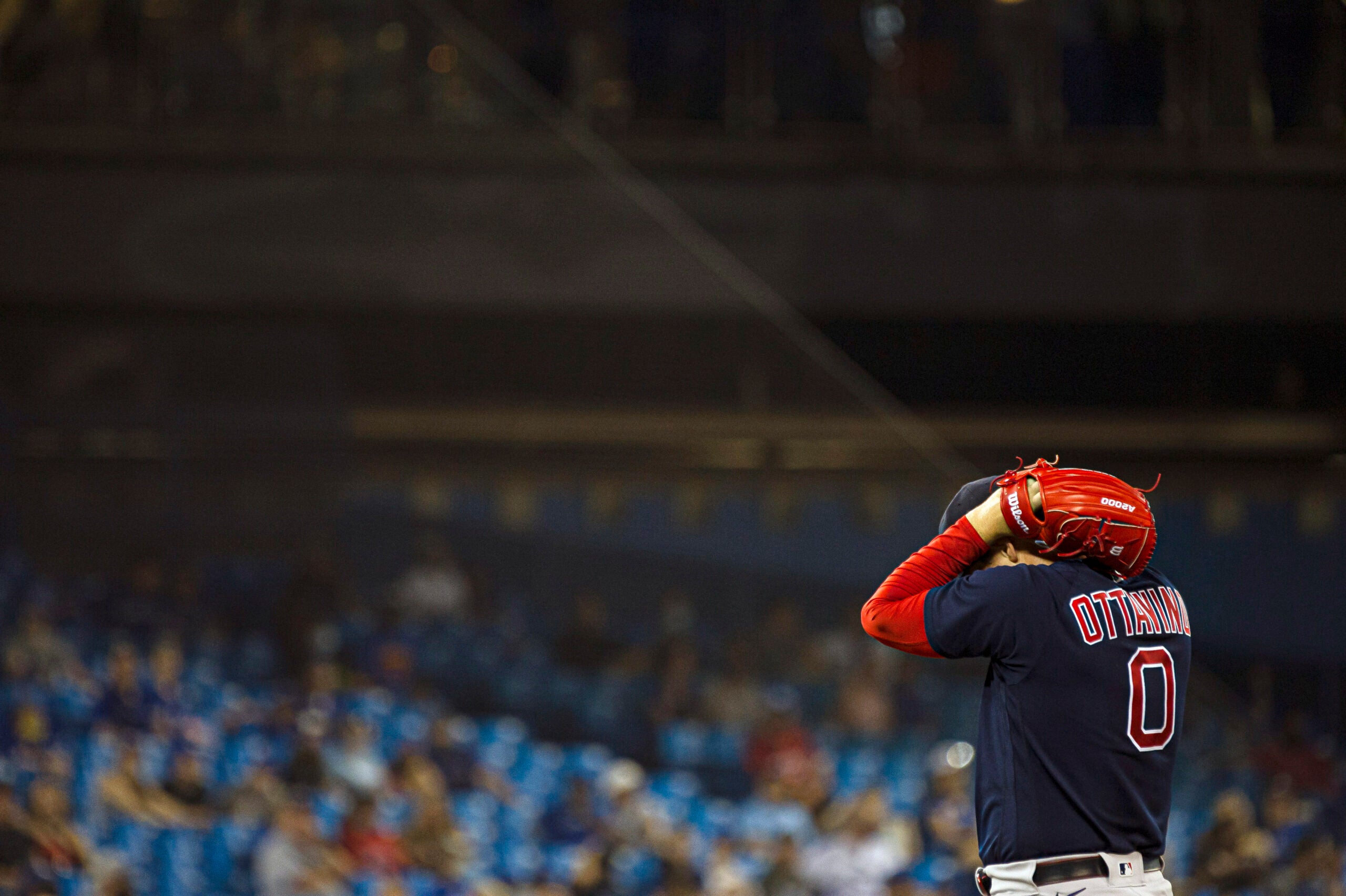 The Red Sox have gone from one of the league’s best teams to one of its worst in an alarmingly short period of time.

The sky hasn’t fallen completely yet for the Boston Red Sox during the second half of the season. But it’s getting a lot closer to Earth than it was a few weeks ago.

The team has now dropped nine of its last 11 games and finds itself in the uncomfortable position of fighting desperately to keep a playoff spot it once comfortably held. Not only are the Red Sox currently four games behind the AL East-leading Tampa Bay Rays, but they also have the New York Yankees and Toronto Blue Jays beginning to nip at their heels in the standings.

What happened to the Red Sox squad that looked like it might shock the Major League Baseball world and seize a playoff spot after being one of the league’s worst teams in 2020?

Here are three key numbers that tell a bit of how the Sox ended up here after the All-Star Break, as well as what they can do to turn things around.

Though the Red Sox starting rotation hasn’t been stellar as a whole in the second half of the season, it doesn’t take much observation to know where most of the trouble has come from.

Sox starters not named Richards or Perez have a collective 4.31 ERA since the All-Star Break.

Richards and Pérez? Well, they’ve been giving up that.

Between the two of them, they’ve surrendered almost 44 percent of the hits (48 out of 110) and 47 percent of the earned runs (30 out of 64) allowed by the starting rotation since the Break. Keep in mind that four other pitchers have started games for Boston with Tanner Houck joining the post-Break rotation mix.

Cora took steps to rectify that issue somewhat by removing Pérez from the rotation after he lasted just over an inning against the lowly Detroit Tigers last Thursday. He pitched better and with more velocity in his bullpen appearance the next day, which might bode well for his effectiveness as a relief arm down the line.

Richards, who said he’s in the midst of the “worst year” of his career, could follow him to the pen soon.

Chris Sale’s return Saturday should hopefully even things out in the rotation in time, though he’ll likely need a few outings to ramp up. But whoever throws on that fifth day, whether it’s Richards or Houck (if he’s recalled from Triple-A), has to get it together for the Red Sox yesterday.

It would be a shame if Boston’s unlikely postseason run got derailed because the backend of the rotation fell off with the finish line in sight.

Only two teams in the league, the Los Angeles Angels and Texas Rangers, are hitting worse with runners in scoring position than the Red Sox. Neither one of those teams is anywhere near the postseason at this point – seeing a pattern here?

Their collective wRC+ of 63 doesn’t rank much better; they’re 27th in that stat since the All-Star Break in front of just the Rangers, the New York Yankees, and the Cleveland Indians, according to FanGraphs.

Both of those numbers are a good deal below the league average, which explains a good deal of why the Sox are currently tied for 24th with the St. Louis Cardinals and Kansas City Royals – two non-playoff teams – in runs scored since July 16.

The lineup’s struggles at first base and the quest to find some kind of consistency from their corner outfield spots is no secret, of course. In fact, the Red Sox have gotten the worst first-base play in the league – largely from Bobby Dalbec — in terms of WAR (-1.4) this season, and those numbers haven’t improved much since the All-Star Break.

The problem is that the likes of J.D. Martinez and Xander Bogaerts haven’t been able to make up for it lately because they’ve been scuffling as well.

Since July 16, Martinez is hitting just .253 with a weighted runs created-plus of 95, a touch below the league average of 100. Bogaerts has been worse, batting just .221 with a wRC+ of 63. That means the Red Sox’ All-Star shortstop has been about as productive as Franchy Cordero of late.

Having their two best hitters outside of Rafael Devers getting their act together would go a long way to smooth over some of the team’s offensive troubles. But it still won’t cover up the fact that no one outside of Devers, Martinez, or Bogaerts in this lineup routinely scares anyone.

The Red Sox could use Kyle Schwarber’s power bat now more than ever. It looks like he’s still a ways away from stepping into the box, but simply adding him to the lineup at least provides some extra protection for the team’s best hitters.

23rd – The Red Sox’ WAR ranking in the second half

Coming into the All-Star Break, Boston was quite simply one of MLB’s best teams, owning the fifth-best team WAR in baseball.

Since returning to action, they’ve been a bottom-ten squad, keeping the company of several teams likely to be watching October baseball from their couches.

The Red Sox’ -6.1 offensive WAR (22nd in MLB) is an especially glaring departure from where they were in the first half (7th overall). And while they haven’t dropped off that much defensively in the second half from where they were before — from 20th in defensive WAR (2.3) to 26th (-2.4) — they still have five players (catcher Christian Vázquez, first baseman Bobby Dalbec, third baseman Rafael Devers, right fielder Hunter Renfroe, and center fielder Kiké Hernández) that rank either first or second in errors committed at their position.

This version of the Sox is playing like the one people expected at the start of the season. That’s notable, of course, because most of the league figured Boston wouldn’t make the playoffs.

Their margin for error reduces with every loss, especially to their division rivals, as the last month of the season approaches. So it’s time they rediscover who they’ve been this season rather than become the team everyone thought they would be.

Get the latest Boston sports news

Receive updates on your favorite Boston teams, straight from our newsroom to your inbox.

A bromance is born at the 2021 MLB Draft! Marlins’ #31 pick Joe Mack is joined by his new buddy and Twins’ selection Chase Petty in Denver.