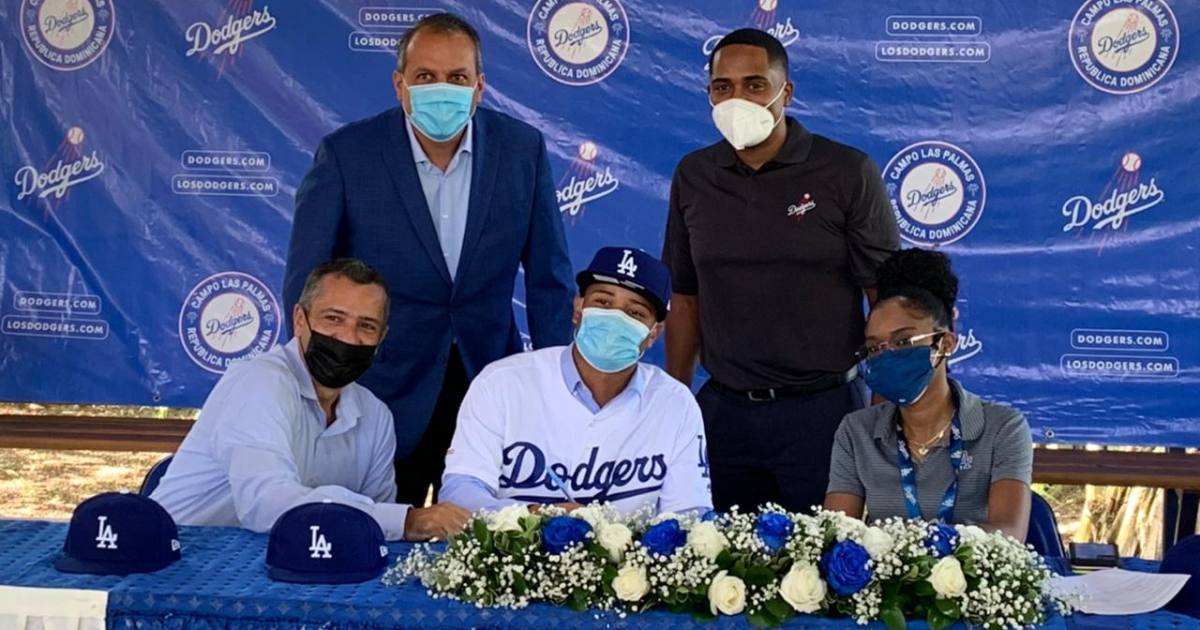 Wilman Díaz, a shortstop from Venezuela, is the third-ranked prospect in the class, according to MLB Pipeline. He was signed out of the same program that housed catcher Diego Cartaya, the top-ranked international signee in 2018. Cartaya, who signed with the Dodgers for $2.5 million, is widely regarded as one of the Dodgers’ top five prospects. With Díaz, the Dodgers have signed the top-ranked Venezuelan prospect each of the last three years.

Jesus Galiz, also from Venezuela, is considered the top catcher in the class and ranked eighth overall, according to MLB Pipeline. Galiz originally committed to sign with the New York Yankees, but the team backed out from the verbal agreement in November. The Dodgers then pounced to sign the former infielder. 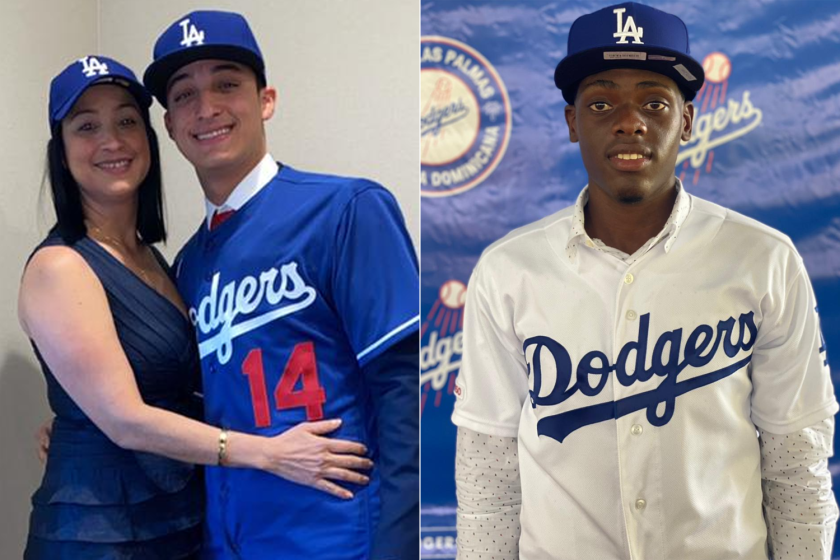 Prospects Jesus Galiz, left, (standing with his mother) and Rayne Doncon each signed with the Dodgers on Friday.

(Courtesy of the Los Angeles Dodgers)

Rayne Doncon, a shortstop out of the Dominican Republic, didn’t make MLB Pipeline’s top 30 but is considered the next best of the Dodgers’ bunch. The Dodgers believe Doncon has the potential to develop into a plus power hitter.

In all, the Dodgers signed 12 pitchers, four infielders, three catchers and three outfielders. The group includes two Mexican right-handed pitchers — Christian Romero and Pedro Santillan — and two Panamanian outfielders — Juan Alonso and Roger Lasso. They also signed a right-hander from Curacao — Michael Vilchez — and a Colombian outfielder — Isaac Barreto. The remainder of the signees are from the Dominican Republic or Venezuela.

The start of the international signing period was moved from July 2 to Friday for financial reasons as a result of the COVID-19 pandemic. Players who were originally eligible to sign in July had to wait until Friday. The end of the previous signing period was then moved back from June 15 to Oct. 15.