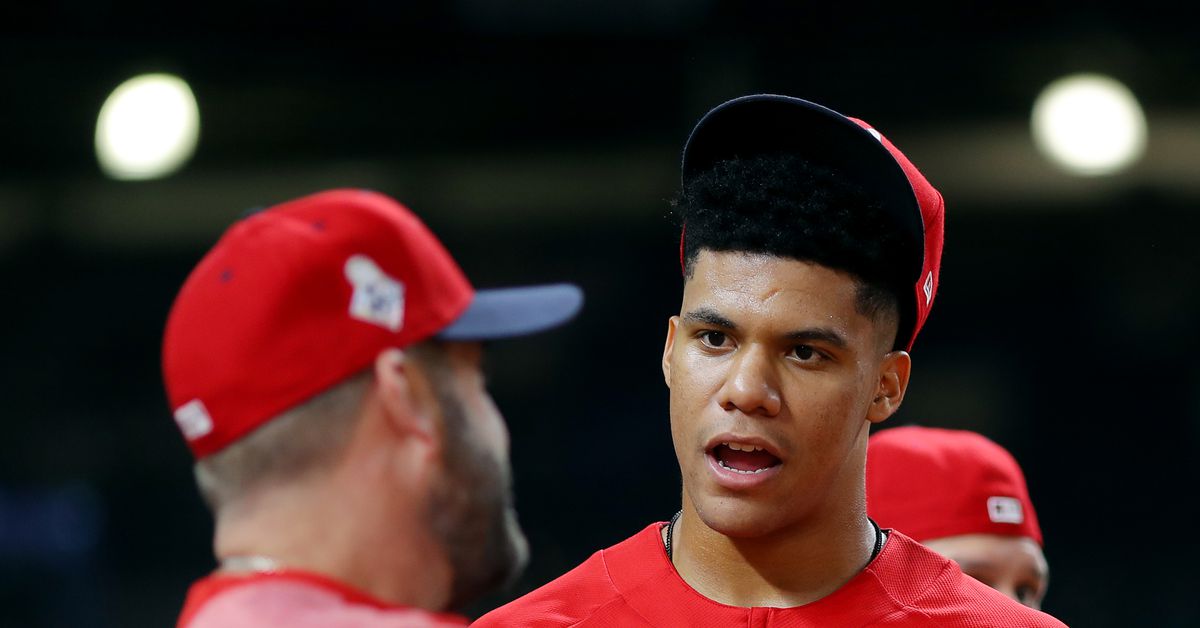 Before he returned to the Washington Nationals for a fourth season as the club’s Hitting Coach under manager Davey Martinez, Kevin Long looked around the league last winter for the sort of multi-year deal he’d signed in previous years.

“There were discussions going on and we were talking about — my contract had expired, and I haven’t had less than a three-year deal in a long, long time,” Long explained last March, “so that’s what I was looking for, and those weren’t out there, and it wasn’t something that I had to make a decision about. It really wasn’t that big of a deal, but it was one that, I thought that was going to be available, and with COVID and the pandemic, it certainly affected that, but I’m very grateful that I’m here, and happy that I’m back with the Nationals, and it’s business.”

Though he explored his options, Long said his desire all along was to return to the Nationals after spending the previous three years in D.C.

“Absolutely. This is my No. 1 choice,” he said. “And the place that — you know what … I’ve built some relationships here and gotten close to a lot of guys, and again, we won a World Series with pretty much the nucleus of this club, so very comfortable in D.C., I’m very comfortable with the Nationals’ organization, and I couldn’t be happier that I’m back.”

Multiple reports over the weekend said that the Nationals were making changes to Martinez’s staff for 2022, with Third Base coach Bob Henley and First Base coach Randy Knorr moving into different roles within the organization.

The one question mark, the WaPost writer suggested, was Long, who, “multiple people with knowledge of his situation,” said, was, “open to returning again, though he [would] consider other opportunities in the coming weeks.”

Less than 24 hours later, The Athletic’s Britt Ghiroli and Matt Gelb are reporting that Long is joining Joe Girardi’s staff in Philadelphia as the Phillies’ new Hitting Coach.

News: Kevin Long is going to join Joe Girardi’s staff as a hitting coach, sources tell me and @MattGelb.

Both the WaPost’s Dougherty and MASN’s Mark Zuckerman have since confirmed the news:

Kevin Long, the Nationals’ hitting coach since 2018, is leaving to join the Phillies’ staff, source confirms. Nats invited Long back for another season, but there was always a chance he would seek another opportunity. (First reported by @MattGelb and @Britt_Ghiroli)

Can confirm that Kevin Long is joining Joe Girardi’s staff in Philadelphia (as a hitting coach). As we wrote yesterday, Long was open to rejoining the Nationals but was always going to see what else was available. @Britt_Ghiroli + @MattGelb reported this first.

Giants broadcaster to begin chemotherapy, will miss some games