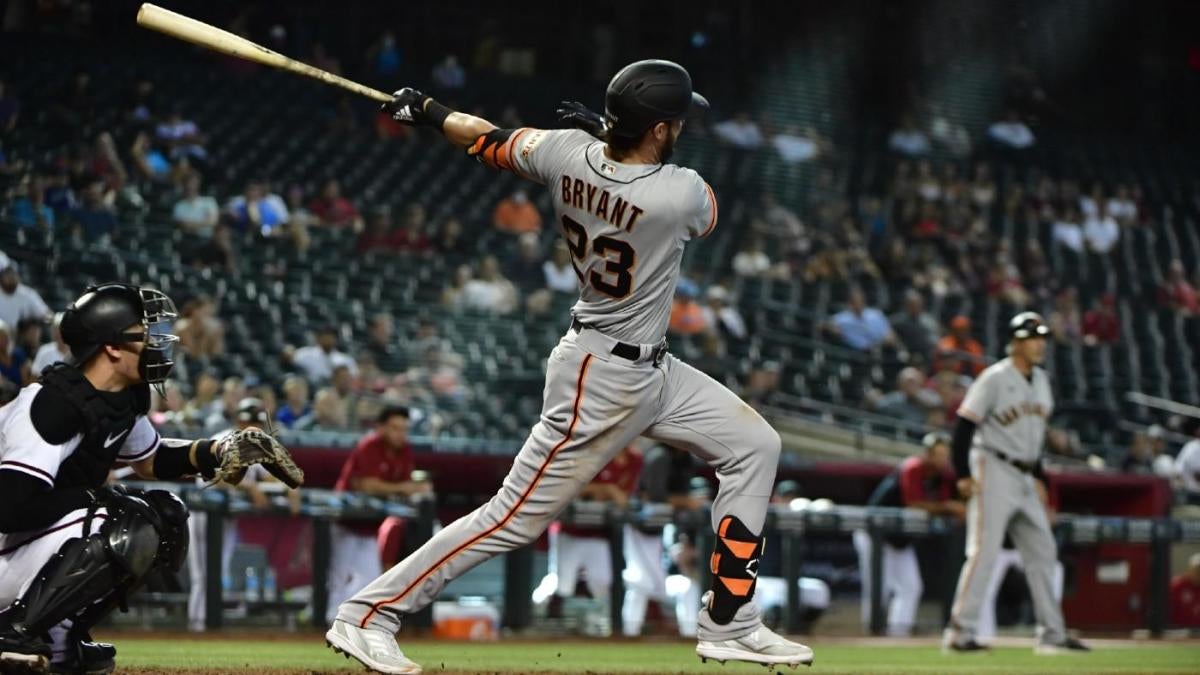 USATSI The San Francisco Giants accomplished a feat on Thursday against the Arizona Diamondbacks that they hadn’t done in decades: win a game in which they trailed by four runs in the ninth inning. Per Alex Pavlovic of NBC Sports Bay Area, it was the first time the Giants had done such a thing since 1993.

The Giants trailed by a 4-0 margin heading into the top of the ninth, having failed to muster offense against Arizona starter Merrill Kelly. Yet the Diamondbacks pinch-hit for Kelly in the bottom of the eighth, paving the way for the Giants to victimize a bullpen that ranks last in the majors in ERA. Sure enough, the Giants got to work in quick order.

Kris Bryant, San Francisco’s big deadline acquisition, doubled against Taylor Clarke to open the frame. Alex Dickerson then singled, advancing Bryant to third. A Brandon Crawford double put the Giants on the board and two runners in scoring position — it also marked the end of the line for Clarke, who was relieved by Tyler Clippard. Alas, Clippard plunked Donovan Solano to load the bases, before then allowing a single to Brandon Belt that kept them loaded while reducing the lead to two.

Clippard retired the next two batters and was able to get ahead 0-2 on LaMonte Wade Jr. Wade, however, worked a 3-2 count by spoiling a couple of offerings, then singled to right, plating a pair of runs to even the score at 4-4. The Diamondbacks would make three quick outs in their portion of the ninth, setting the table for the Giants to take advantage in the 10th.

Bryant again led off the inning with a double, scoring the runner from second (Tommy La Stella) to give the Giants a 5-4 lead. Closer Jake McGee made it stick, retiring the side on 14 pitches for his 24th save of the year.

The Giants are now 69-40 on the season, giving them a four-game lead in the National League West. The Giants will begin a three-game set in Milwaukee against the Brewers on Friday. That matchup could well prove to be a preview of the NL Championship Series.
Source