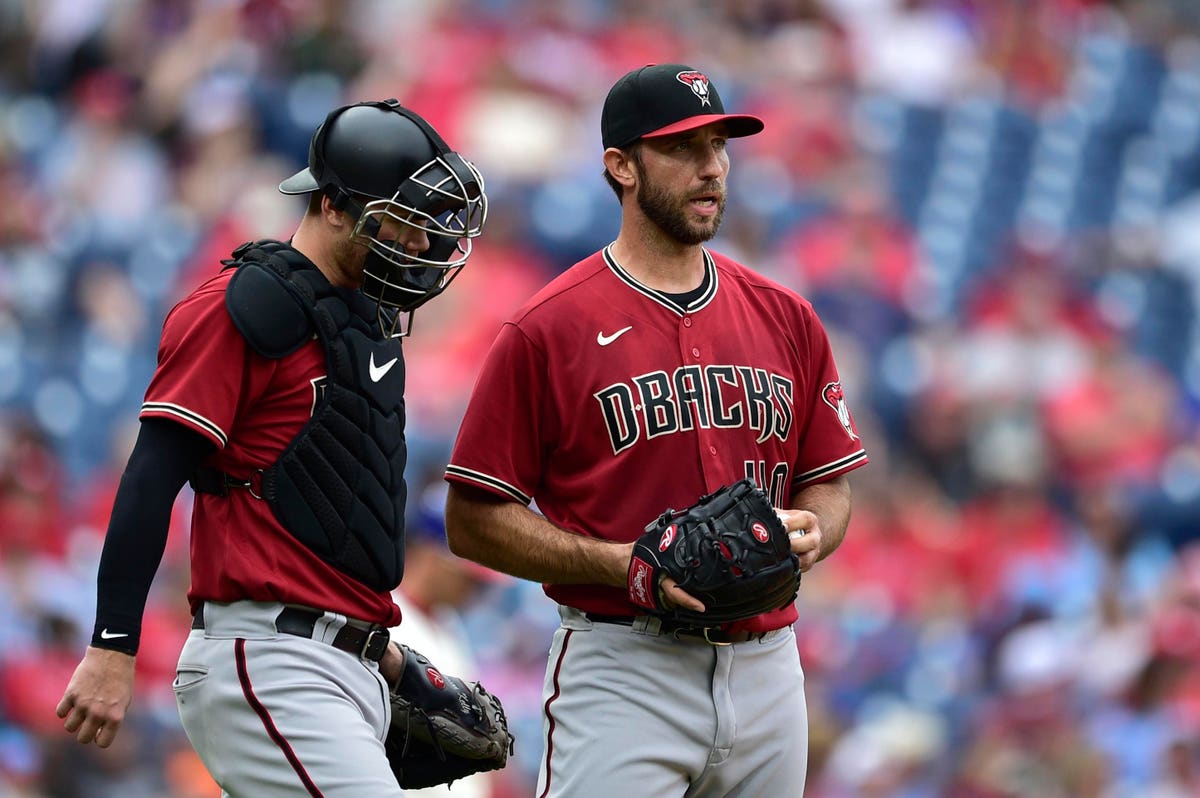 Throughout this offseason, I’ll be reviewing the current status of all 30 MLB clubs, in reverse order of their standing on my 2021 year-end team true-talent rankings. Today, we continue with the #29 Arizona Diamondbacks.

It wasn’t all that long ago that the Arizona Diamondbacks were in a pretty good place. In 2019, they completed their third consecutive .500+ season, with the high-water mark a 93-69 record in 2017. Their rotation was fronted by Zack Greinke, Patrick Corbin, Robbie Ray and Taijuan Walker that year, with only Greinke older than 27. Paul Goldschmidt anchored the offense, supported by 30 homers from Jake Lamb (!) and an amazing 29 more from midseason trade acquisition J.D. Martinez in only 257 at bats. The present was bright, the future brighter.

Two years later, the club had traded Goldschmidt (to the Cardinals for C Carson Kelly, RHPs Luke Weaver and Andrew Young, and a competitive balance draft pick), but had remained competitive. The club (wisely as it turned out) had allowed Corbin to leave via free agency, but still had Greinke and Ray.

At midseason they made the fateful decision – again, probably accurately – that they weren’t true contenders, and it was time to move Greinke. They sent him to the Astros for a prospect package including OF Seth Beer, IF/OF Josh Rojas and RHPs J.B. Bukauskas and Corbin Martin.

In the minds of GM Mike Hazen and his front office staff, the club remained potential contenders. They still had Ray and newcomers Merrill Kelly and Zac Gallen in the rotation, and an above league average offense featuring 4th place MVP finisher Ketel Marte and corner infielders Christian Walker and Eduardo Escobar, who hit 64 homers between them at ages 28 and 30.

They just needed one more alpha male in their rotation, and to them, veteran Giants’ lefty Madison Bumgarner filled the bill. They signed him to a back-loaded, 5-year, $85M contract.

Problem was, Bumgarner was no longer the alpha-type starter they desired. Through 2016, his K rate had consistently been over a full standard deviation better than league average. From 2017-19, it was in the league average range. He had never been a particularly good contact manager, and his performance in this area had been trending in the wrong direction (Adjusted Contact Scores of 101 in 2016, 107 in 2017-18 and 114 in 2019). With an exceptional K/BB profile, you can still be an above average pitcher with fair contact management skills. The post-2016 version of Bumgarner could not do so, though that reality was obscured to an extent by his pitcher-friendly home park.

So the D’backs ponied up for a durable league average pitcher in his decline phase, though he was only 30 at the time. All that playoff success was a big part of the reason for their investment, but that doesn’t do a whole lot of good when you aren’t within hailing distance of October baseball.

Now, this club has done an awful lot more wrong in the recent past than signing Bumgarner. He is a central symbol of their decision-making process, however. They performed a fatal combination of mis-evaluating their talent and failing to develop it at the major league level.

The Diamondbacks were not a starting pitcher away from contending in 2020. Their overall nucleus was aging and not getting better. The players acquired in the Greinke trade were attractive in part because they were considered to be close to major league-ready – and they’re still not material factors at the MLB level. And perhaps most frustrating of all, they were unable to get Ray over the hump as a major league starter, and instead watched helplessly as he immediately blossomed as a Blue Jay in 2021.

The Diamondbacks’ approach heading into the 2021 season was decidedly phlegmatic. They did little, hoping that a disappointing 2020 was little more than a mirage. Walker and Escobar took some steps backward, with the latter dealt to the Brewers at midseason. SS Nick Ahmed regressed with the bat, and David Peralta was, well, David Peralta. All were now on the wrong side of 30. The bullpen was non-existent, as the theory of replacement level was tested on a repeated basis.

Beyond all that, the club was unlucky. Their two remaining marquee players, Marte and Gallen, missed substantial portions of the season. They are still legitimate foundational players that can be built around, no matter what the numbers say.

Marte hits his fly balls, liners and grounders well harder than league average, his fly ball rate has plenty of room to grow, and is a quality baserunner who will take the extra base, though not a notable stolen base threat.

DOWN ON THE FARM

OF Alek Thomas is the name to watch here. He batted .369-.434-.658 after a late-season promotion to Triple-A, and would seem to be in contention for a spot on the opening day roster, likely in right field.

Daulton Varsho is a multi-positional type who has been slow to claim a regular MLB role, but he’ll get another shot in 2022

Overall, I consider the D’backs system to be slightly better than average, with quality depth but lesser than average star power.

Expect the club to largely sit out this off-season’s free agent proceedings. Payroll was down about $45M from its 2018 peak, with attendance down over 50% over a similar time frame. The club will need to fill in around the edges, particularly in the bullpen, to be more competitive in 2022 before making more substantial investments in core players down the road.

The D’backs are not 52-110 bad. Expect them to be healthier and better around the edges in 2022, with Marte and Gallen leading them out of the NL West basement with around 70 wins.

Adam Duvall hit a massive home run in an equally-massive fifth inning for the Braves, as a seven-run explosion in that inning helped push Atlanta to an 11-4 victory over the Arizona Diamondbacks. The first flashpoint of this game occurred in the third inning, which is when both teams took their first cracks at the […]