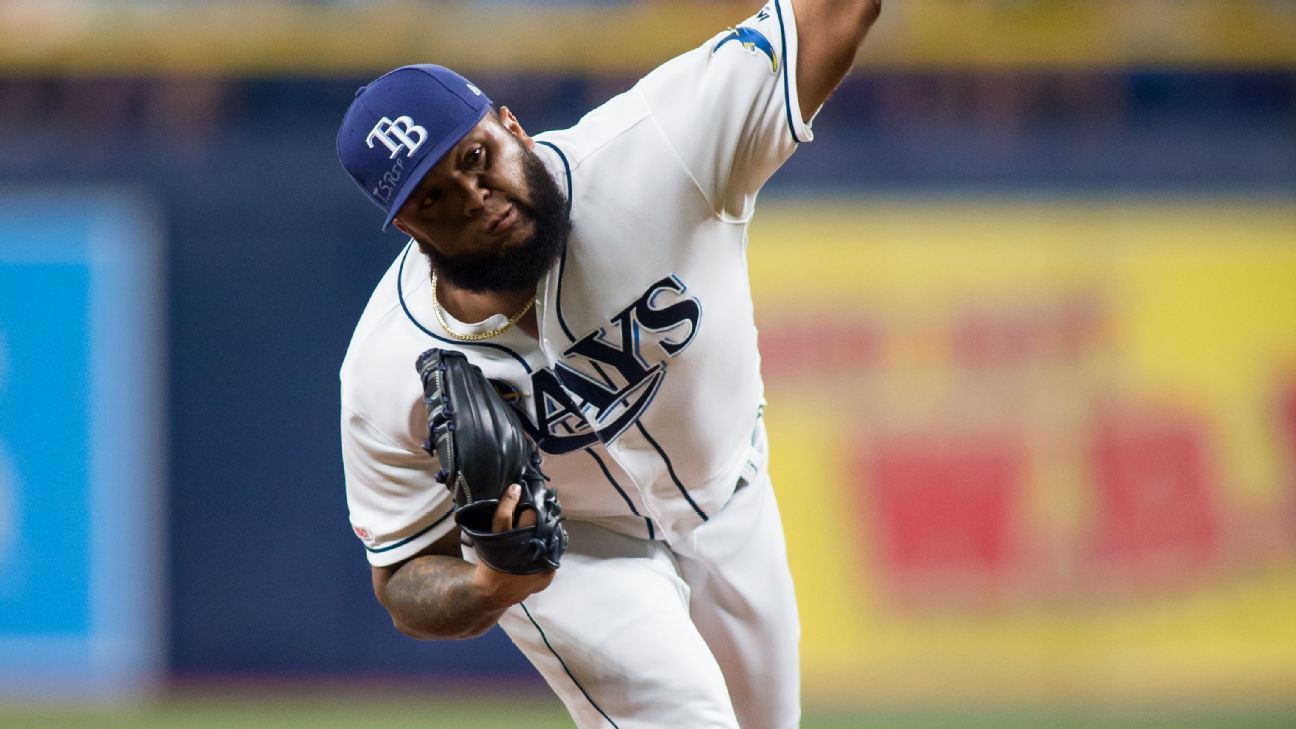 The Philadelphia Phillies acquired left-handed reliever Jose Alvarado in a three-team trade with the Tampa Bay Rays and Los Angeles Dodgers on Tuesday.

In the deal, Tampa Bay sent Alvarado to Philadelphia, the Phillies sent left-hander Garrett Cleavinger to the Los Angeles and the Dodgers sent infielder Dillon Paulson and a player to be named later to Tampa Bay.

Cleavinger, 26, made one appearance for the Phillies last season, making his major league debut on Sept. 17 against the New York Mets.

This baseball news feels really unimportant right now. But it is a nice distraction, so here we go. Commissioner Rob Manfred says teams should be ready for a 162 game season. Ken Rosenthal on why expansion is on hold right now despite some financial incentives. Old friend Daniel Robertson lands a deal with the Brewers. […]

<h2>Rays Roster & Staff</h2> Transactions arrow-downArrow Down icon ActiveDepth Chart40-ManNRICoachesTransactions <p> While not officially part of the 40-man roster, players on the 60-day injured list (IL-60) are included on the 40-Man tab. </p> Source