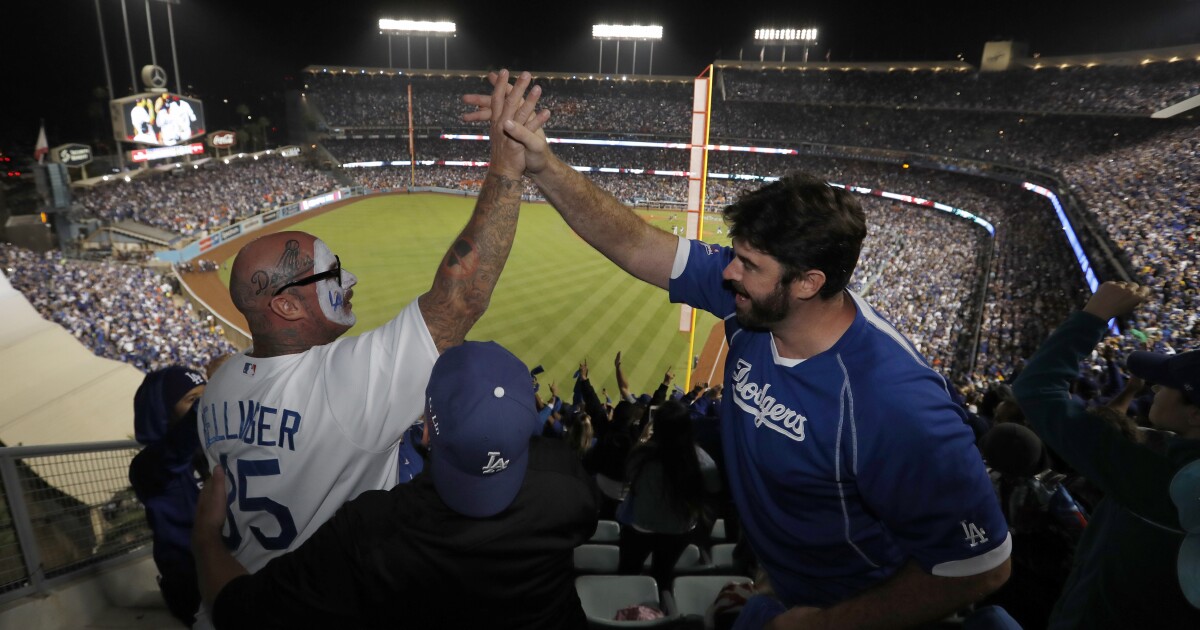 The most impactful player in baseball history grew up here, Jackie Robinson learning his craft on the sandlots of Pasadena just up the road from Chavez Ravine.

His childhood house has been torn down, but you can still pay homage to a plaque that has been placed at his Pepper Street address.

The most impactful pitcher in baseball history took the mound here, Fernando Valenzuela arriving from the tiny Mexican village of Etchohuaquila to throw a screwball, stare at the sky, and help mend the fractured bond between the city’s large Latino community and its baseball team.

Valenzuela has long since retired, but you can still see him in an announcer’s booth at Dodger Stadium, view his influence in the team’s largely Latino fan base, and hear him cheered as if Fernandomania is forever.

One of the greatest moments in baseball history happened here, limping Kirk Gibson’s home run against unhittable Dennis Eckersley in 1988 still alive and coursing through the veins of blue-clad masses who will eternally believe in improbable and impossible.

The ball has been lost, but the seat in the right-field pavilion where it landed is painted blue and adorned with Gibson’s No. 23.

When Major League Baseball decided to return its All-Star Game to Dodger Stadium after a 42-year absence, the grateful local sentiment could be summed up in five words.

What took you so long?

With deep roots and rich history and unbridled passion for a game that has gone stale in other parts of the country, Southern California is America’s greatest baseball neighborhood.

The All-Star Game shouldn’t just be here this year. It should be here every year. It should take up permanent residence on Vin Scully Avenue, the geographic heart of a diverse community that loves the game beyond reason and plays the game without equal. 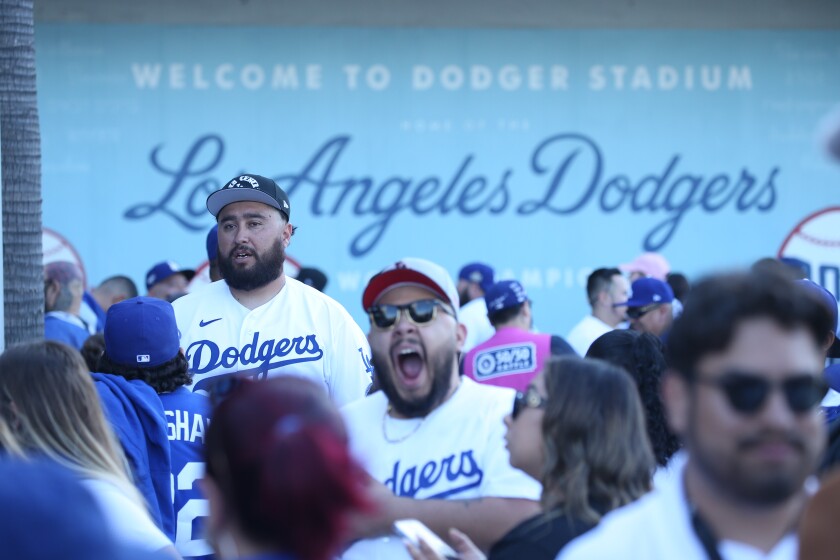 Dodger fans attend the home opener against the Cincinnati Reds on April 14 at Dodger Stadium.

Baseball is so big here, fans like Gilbert are actually part of the game. A former agent and insurance executive, Gilbert has spearheaded several baseball philanthropic efforts that have included overseeing a scout’s charity, building a junior college field, and working with several inner-city initiatives.

“The game works so great in this city because it doesn’t care about anything other than, can you play?” said Gilbert. “Race and background don’t matter. If you can play, you will get an opportunity.”

Fans fill the seats, cheer forgivingly for the players, and spend mightily on their memorabilia.

Last season, led by best-selling Mookie Betts, Southern California players accounted for five of the 10 best-selling jerseys in baseball. And none of those was the great Mike Trout.

This season, four locals — Betts, Trout, Trea Turner and Shohei Ohtani — were voted by fans to the All-Star Game starting lineup. That’s twice as many SoCal starters as New York starters, even though the Yankees and Mets are having a better combined season. 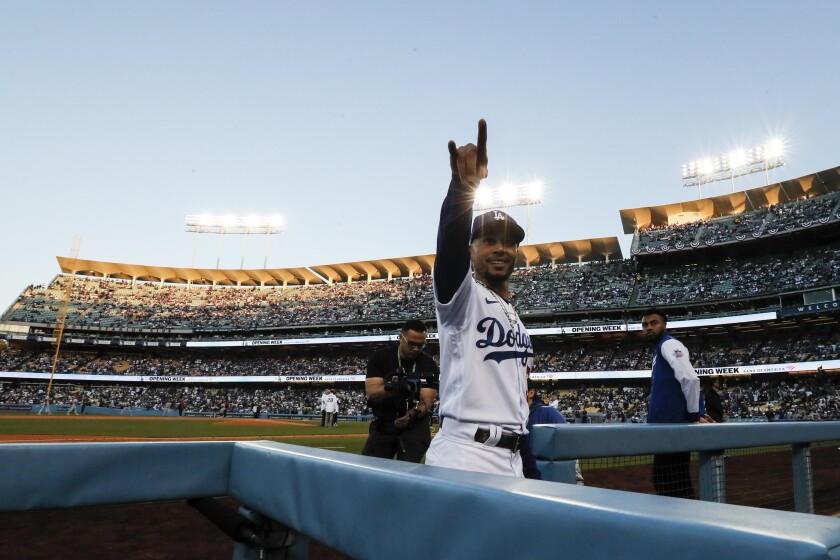 Dodgers right fielder Mookie Betts points to the stands at Dodger Stadium before a game against the Cincinnati Reds on April 14.

Lets see the rest of this story

Dodgers left-hander Julio Urias has spent the majority of the season working out of their bullpen, but the club expects to change his role in 2020, manager Dave Roberts told Alden Gonzalez of ESPN.com and other reporters Monday. “We project him to be a starter for us next year,” Roberts said, “and many years to…