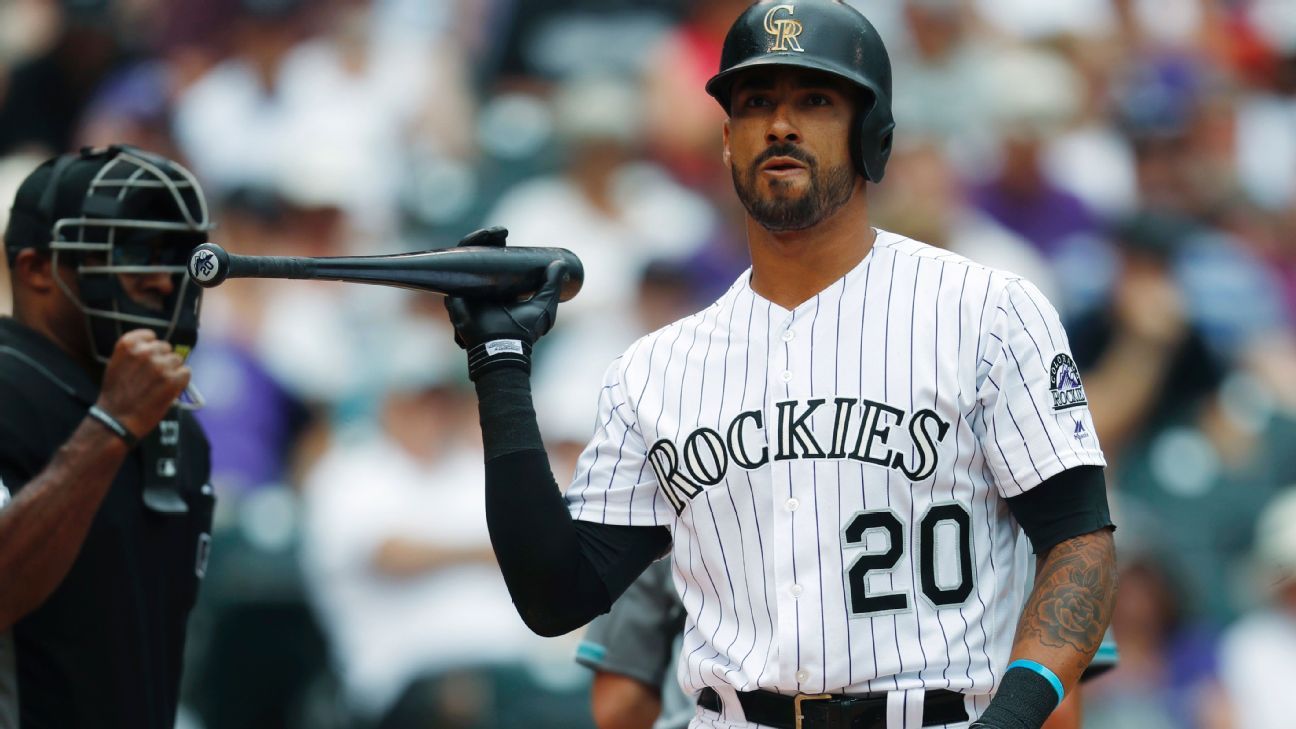 Colorado Rockies outfielder Ian Desmond has announced he is opting out of a second consecutive baseball season.

“For now, I’ve decided to opt out of the 2021 season,” Desmond wrote in an Instagram story. “My desire to be with my family is greater than my desire to go back and play baseball under these circumstances. I’m going to continue to train and watch how things unfold.”

He has now walked away from a combined $13.56 million over the past two seasons; he was owed $8 million this year and was set to make $5.56 million of his prorated $15 million salary last season. The Rockies have a $15 million option on Desmond for next season with a $2 million buyout.

“I’ve let my teammates know, as well as the coaching staff and the front office, and they have all been extremely understanding and supportive,” Desmond’s post read. “I wish nothing but the best for the entire Rockies organization and have let them know I am willing to do whatever I can to help them from afar.”

Desmond said over the last few months he has “had tough conversations. I’ve asked a lot of questions and done a lot of thinking.” That helped him reach his decision to opt out.

No amount of lobbying by Rockies manager Bud Black could persuade the 35-year-old Desmond to play this season.

“This was a decision not about money,” said Black, whose team will begin full-squad workouts Tuesday in Arizona. “This was from the heart, and from the stomach. This was hard. This was agonizing for him.”

Desmond was far more expansive last year when explaining his decision to opt out of the 2020 season. In addition to the ongoing COVID-19 pandemic, Desmond, who is biracial, mentioned myriad issues within baseball, including sexism, homophobia and socioeconomic concerns, as well as the racial reckoning that emerged after George Floyd’s death while in police custody in Minneapolis sparked protests around the world.

Desmond’s departure paves the way for more playing time in the outfield for the likes of Garrett Hampson, Yonathan Daza, Sam Hilliard and Raimel Tapia. It could also open a spot for Bret Boswell, an eighth-round pick in the 2017 amateur draft, or veteran Chris Owings.

“Desi and I had great conversations over the years, probably more so about other things besides just the nuts and bolts of baseball,” Black said. “He had a creative mind when it came to baseball. But I understood right away where Desi was coming from on the personal side, the baseball side and the life side. He was always open and very honest. You always knew where Desi stood, which is a great trait.”

Mostly a shortstop to start his career, he’s become a skilled outfielder and first baseman.

“In my mind, I’ll view Desi as a complete player, a consummate professional, a great teammate,” Black said. “Did a lot of great things.

“But again, I think that in his statement he’s opting out for now. We’ll see how this all transpires moving forward.”

The Associated Press contributed to this report.

The Nolan Arenado trade is official. He is gone off the Colorado Rockies and they will have to replace him some way. Of course, they can replace him but unless they have some massive wild card hidden in their sleeve, they will not be able to replace his production. While the trade did bring some […]

Notes: Márquez debuts, Oberg progresses by: Thomas Harding — MLB: Rockies 11h GLENDALE, Ariz. — Manager Bud Black has spent Spring Training offering pitching-based assurance that the Rockies will be OK. On Sunday, he unleashed his No. 1 starter for a rotation — a rotation that is the No. 1 reason for the skipper’s calm. […]